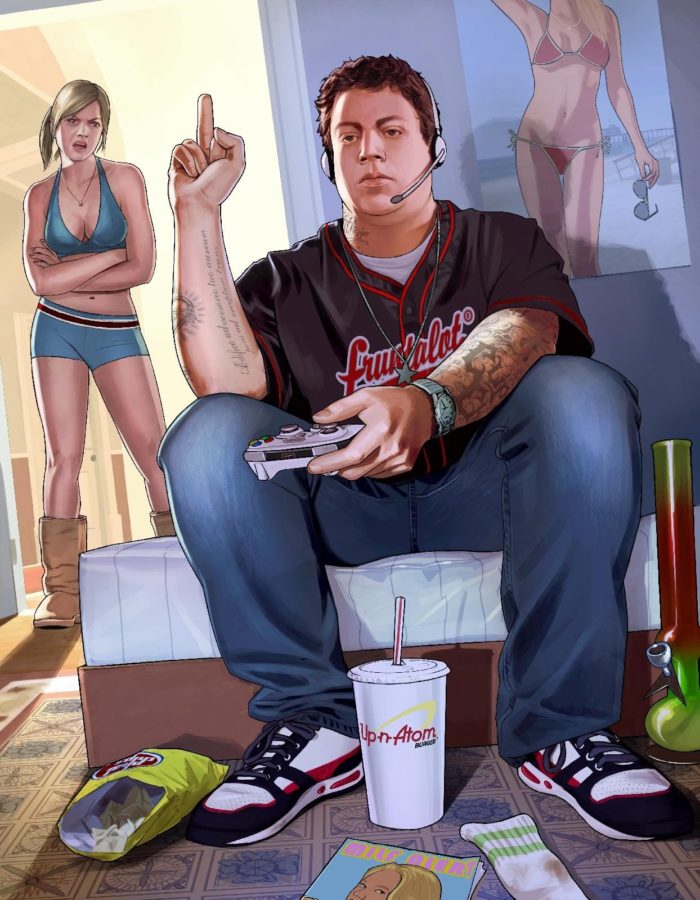 At first I was excited. Now I’m ready to stop.

I wanted to start a mission with the awful paparazzi guy, so I stole a car to get to that side of town. About 15 seconds later, the police are on me, and my wanted level is at 3 – y’know, three white stars up in the corner. I thought maybe I could start the mission and the police would go away. No, I can’t do missions while the police are chasing me. So I drive around for a few minutes, into a dead end, jump out of my car, over a divider, and just sprint away.

When I finally lose them, I steal another car, evade police detection, and make it to the side of town with the paparazzo. But as I turn into the driveway to start the mission, thinking that the mission would start automatically when I did so (which usually happens), I end up bumping into the paparazzo, who just kind of… runs away.

So I drive waaay up the street and wait for his little map indicator to come back, drive back, park away from him, get out, and start the mission.

Then as we walk down the street he gets hit by a bus making a U-turn. Mission Failed.

I always thought the growing realism of sandbox games only made them less fun. Things like having to elude the police in a stolen car should be fun, unless it’s getting in the way of something else I want to do.

Another big problem I’m having is that I’m sick of GTA protagonists somehow being “better” than the people they’re working for. Every word out of Franklin’s mouth is always about how dumb or petty other characters are, or how stupid the thing he’s being asked to do is.

What sucks about that is I also happen to think that all the characters are stupid and petty, and everything we do is stupid. I did three really dull missions in a row, and for each one Franklin mostly just complained through the whole thing.

For the most part, the player and the protagonist should want the same thing, and for the most part, that thing should be accomplishing the next mission objective. Contrast the self-aware reluctance of Franklin with the doggedly sadistic passions of the Third Street Saints in any given Saints Row. When the missions objective reads, “Save Shaundi,” and I Need a Hero is playing, you better believe the Boss is saying to his pals, “I’m gonna fucking save Shaundi!” When Bayonetta slinks into a room and says, “I’m here to beat up Angels,” and then Angels start coming after her, you’re gonna say, “I am also here to beat up angels.” The least you should do for the player is reinforce that what they’re being asked to do is worth doing, that they and the game are on the same page.

So the 15th time Franklin asked something to the effect of, “Why am I even doing this?” I was like, “Good question!” and quit the game.

I actually really like Franklin as a character. His reluctance to do dirty work despite his obvious skill at it says a lot about the unrelenting siren call of criminal life. That same struggle was easily the best part of Niko’s story in Grand Theft Auto 4, as well. But that motif is somewhat self-sabotaging in a game that doesn’t feel the need to invite deep thought about any of its other messages. The talk-news and the commercial segments that parodize vapid American pop culture seem less biting now than they did in 2008. Four whole seasons of South Park have come out since then.

There’s also a seeming confusion between what counts as satire and what is just biased observation. Yeah, west coast tennis instructors do have affairs with clients. Sure, aging black women do uses cliched mantras to inspire self-confidence. Uh-huh, pop sensations are actually older than they let on. And? The observations themselves fall flat since the characters themselves aren’t deep enough to invite scrutiny over their ways of life, nor are they broad enough as caricatures to invite laughter and derision. Cut scenes start up and I just twiddle my thumbs until Rockstar is done thinking they’ve made a point about some facet of modern life, waiting until I can pick the controller up again and play the goddamn game.

The parts of the story I’ve liked best so far are scenes with Franklin and his allies in crime, mostly because they’re actually focused on character growth. At this point there’s still a question of how far Franklin is willing to go to gain independence, and his respect for others shifts as he tries to answer that question for himself. What’s nice about this pre-Michael segment of the game is that there’s far less “parody” – more plot development and less lame “satire”.

The reasons there isn’t as much “biting satire” in this early segment of the game is that there is nothing to satirize. People like Franklin – stuck in a cycle of violence with friends and opportunities constantly drifting in and out of his life at with the whims of society at large – actually exist in the real world. If there are any jokes to be made here, they’re only to be touched by writers who know what the hell they’re doing. Even Rockstar’s writers know well enough.

So they stick with the same old targets: rich white people, Fox News, and most kinds of women. “Okay, writing staff, here are your Safe Topics. These things are funny. Everything else is off limits. We don’t want to confuse or alienate anyone who matters!” 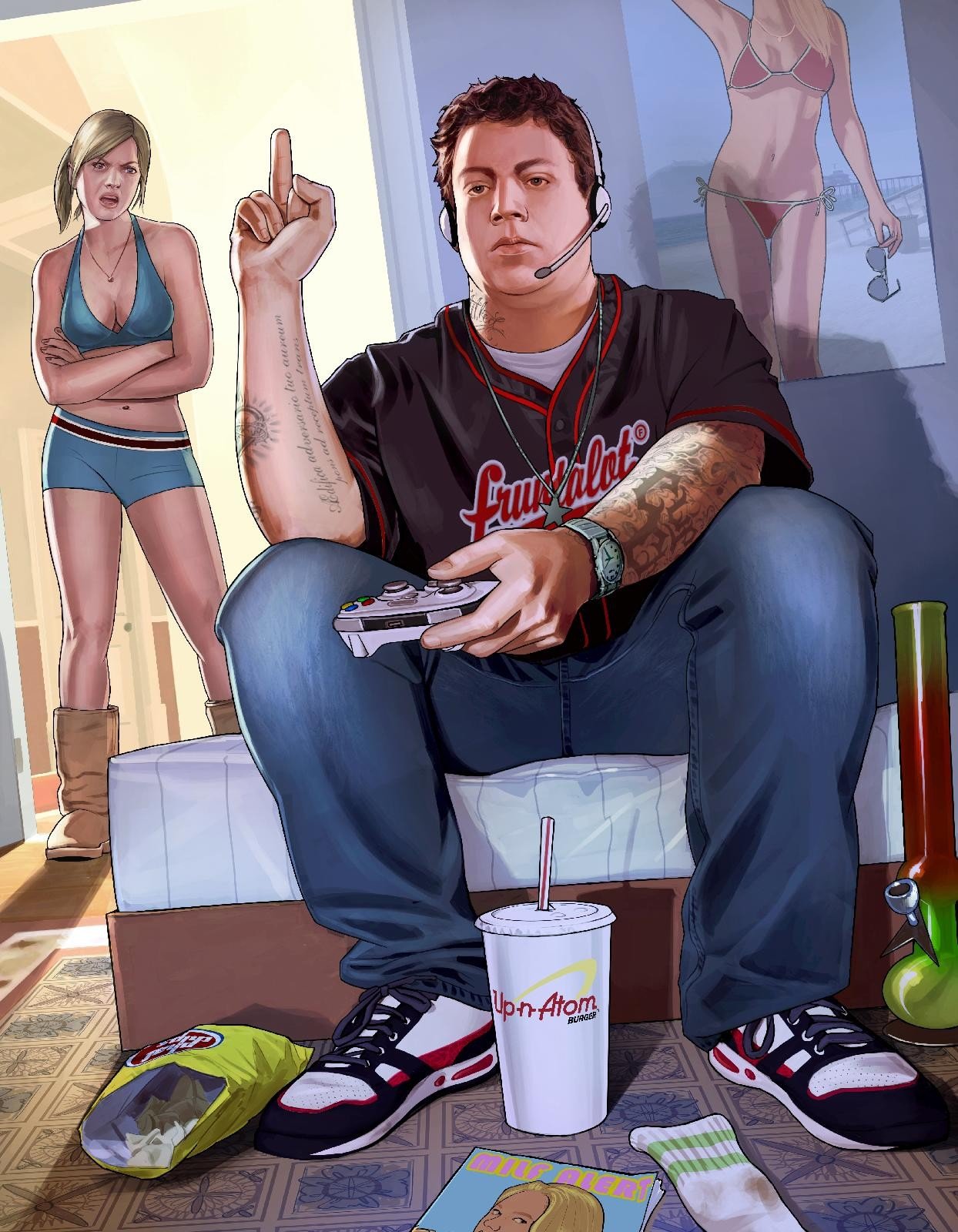