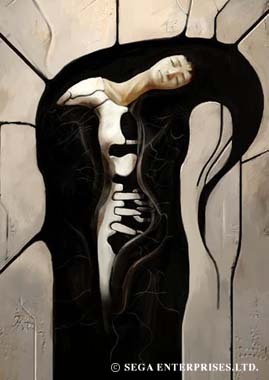 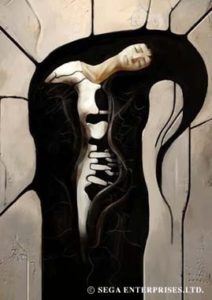 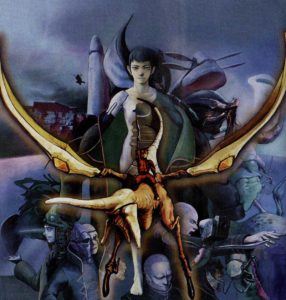 [by a man named Dreamknight]

I think neglect of the battle system is why the genre is now more or less going extinct. Most people just can’t take grinding through dungeons for 30 hours anymore.

I think its bigger than JRPGs.

By and large more powerful technology has removed many of the abstractions we used to have in games. Back in the day it was challenging to land a jump in Tomb Raider because Lara was stuck on a grid and the low visual fidelity made it hard to gauge if you could make a jump or not. These abstractions made the act of jumping and exploring in itself a challenge. Now we have games where you can hold down a button and cling to the world in lightning fast real time.

JRPGs are going through the same thing, things aren’t abstracted through menus anymore, why use a menu when you can swap weapons and spells on the fly? And just mash X to win like in Kingdom Hearts/Crisis Core?

Abstractions are probably the most meaningful component of a video game that most forget about, or even complain about. They may seem artificial but I feel they are vital in setting up the thematic/mechanical beats that get a player involved and invested.

The proliferation of large game worlds is problematic too, a lot of open world titles where traversal is a boring chore. How many games give us this large field to run around in and then make us resort to using the dodge roll to get through the screen quickest? (NIER)

When we had pre-rendered backgrounds and little space for data, game directors had to be picky and convey the most atmosphere with the smallest space.

For example, all the love it gets, I always found that MGS3 failed to bring the sense of precise, deliberate design that MGS1 and 2 had by taking place in a nondescript and open jungle area.

Published on:June 19, 2013 Category: Borrowed Thoughts No Comments on re: Abstraction

Re: Used games killing the industry

[by a man named Burai]

No, here’s the problem. Tomb Raider sold 3.4m units in the space of a month and it’s a “failure” because it will fail to recoup its budget.

THREE POINT FOUR MILLION FUCKING UNITS FOR WHAT IS ESSENTIALLY A B-TIER FRANCHISE AND THAT’S STILL NOT ENOUGH TO MAKE ANY MONEY.

And killing used games would have solved this how? Would it have made the execs at Squenix who thought throwing $100m budget at a franchise that’s been irrelevant since the turn of the century suddenly get a clue?

Oh, but no, they argue “GAMERS PUSH FOR HIGHER AND HIGHER BUDGETS AND WE HAVE TO GIVE THEM WHAT THEY WANT! THEIR ENTITLEMENT COMPLEX CAN’T BE SATIATED! WE HAVE NO CHOICE BUT TO LET BUDGETS SPIRAL OUT OF CONTROL!” and that’s lovely, but since when did they ever give a fuck about what we actually thought?

Are Microsoft going to turn around and backtrack on this DRM fiasco because “WE HAVE TO GIVE GAMERS WHAT THEY WANT!”? Are they fuck.

Are EA going to throw all their games up on Steam and patch Sim City to not need the stupid Origin authentication because “THAT’S WHAT THOSE ENTITLED GAMERS ARE SCREAMING FOR!”? Fuck no.

If you couldn’t afford to give people what they wanted, then why didn’t you just turn around and say no like you do with every other thing we complain about? Here’s why; Every publisher big and small decided to get into a dick waving contest and it turns out that not everyone has a big dick. Squenix got its tiny little acorn cock out and went up against Mandingo Activision screaming “LOOK AT MY MASSIVE JUNK! YOU’LL WANT TO CARE FOR IT!” and everyone just turned around and shrugged and bought something else.

Not everyone has a big dick. Acting like you have a big dick when you don’t have a big dick is going to make the reveal of your tiny little penis all the more humiliating. And that’s what happened here. Squenix acted like Tomb Raider, a franchise that habitually sells less than 3m lifetime per entry was going to suddenly sell COD numbers just because they spent $100m on it and guess what happened? THE FUCKING INEVITABLE.

In terms of the franchise post-Core, the game is going to do really well, probably double what you’d expect from a Tomb Raider game post-PSone but it cost far, far too much.

I could go on. And on. And on. You could write a book about every single executive level screw-up this gen and yet these same people with their million dollar salaries and their shill puppets still try to insult our intelligence and blame used games and awful, entitled consumers for companies shutting and talented people losing their jobs.

So please forgive our cynicism when we don’t want to buy into the bullshit you’re spouting.