Holy cow, I just realized something about Metal Gear Solid 2 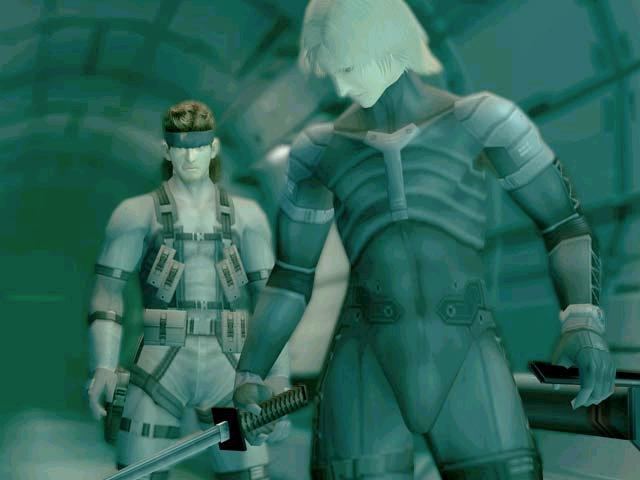 Metal Gear Solid 2 is about legacies. About passing the torch.

I mean, I always knew this, but I never knew just how deep it went. 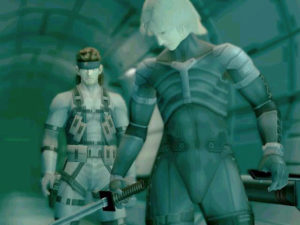 The most obvious torch is the one passed from Snake to Raiden. The whole purpose of the S3 project to recreate Raiden in the image of Solid Snake. Although the Patriots are the ones in charge of the project, Snake himself ultimately sees Raiden through his transformation into a hero, both for the day and for Metal Gear as a series. 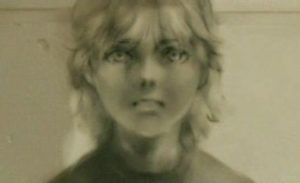 Though Solidus tries to pass his own torch to Raiden on more than one occasion. Raiden and other child soldiers fought under Solidus in the Liberian Civil War. At the end of the game, Raiden is then victim to expository monologues by both Solidus and the Patriots’ malevolent AI with the goal of getting him to appreciate their perspective. 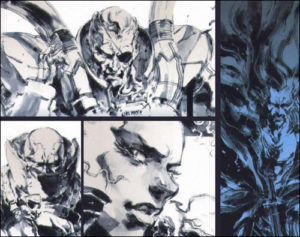 Of course, Solidus has been a father and light-bearer in more than one way. Not only is he former United States President George Sears, he is also the leader of Dead Cell, a former SEAL group that become the terrorists holding the Big Shell hostage in wanting with the demands of Solidus, their founder. 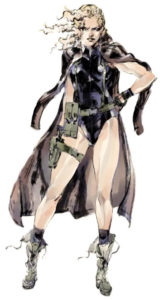 Though members of Dead Cell have their own torches to bear, as well – some more successfully than others. Fortune’s father, Marine Corps Commandant Scott Dolph, is killed in the Tanker incident, and she harbors a hatred for Solid Snake as a result. Her husband, former Dead Cell leader Colonel [no first name given] Jackson, is convicted of mishandling government funds and dies in prison. Also, her mother commits suicide. Fortune picks up Colonel Jackson’s mantle and leads Dead Cell toward its terrorist destiny. And her superpower of extreme luck – succeeding in every mission with suffering any injury – she believes was inherited from the ghost of her father. 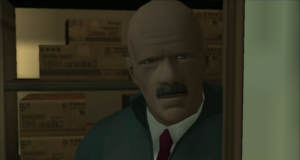 Then there’s Peter Stillman, the bomb disposal expert who faked an injury to gain sympathy from others in spite of the fact that he trained Dead Cell member Fat Man in bomb disposal – in the end, equipping him perfectly to become the mad bomber of the story. Fat Man agrees to the mission specifically hoping to show up his former mentor. Stillman dies wishing that he had held onto that torch. 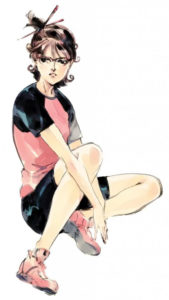 Then there’s Otacon and Emma. Part of me remembered Otacon teaching Emma what he knew, and then realized that it’s Emma who creates the virus that disables Arsenal Gear. In a way, they each inherit something from the other. Moreover, they both have to the carry the fucked-up history of their parents. Not to mention Otacon’s whole family history when it comes to war crimes. 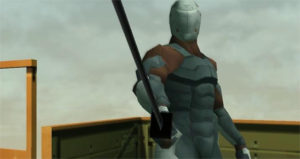 And then there’s the babies, the literal genetic heirs of the previous generation. All of Olga’s work as a double (triple??) agent with Snake were a means to expose the Patriots and discover the whereabouts of her daughter, Sunny, whom they had taken hostage. Before she dies, she gives Snake and Raiden the task of saving Sunny. 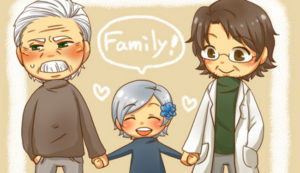 Sunny, ultimately, becomes Snake and Otacon’s adoptive daughter and becomes a technical genius under Otacon’s tutelage, avenging others whose lives were ruined due to PMCs created in the Patriots’ wake. 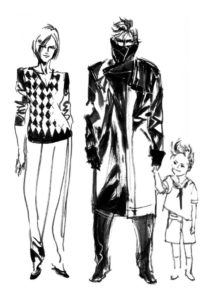 Raiden and Rose, too, end up with a baby of their own. Raiden, who only recently took charge of his life, has to take charge of another, as well. Though he’s slow to rise to the occasion. 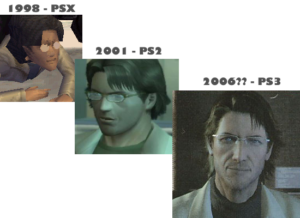 MGS2 was bearing the torch carried by MGS1, a game that defined, technically, the Playstion One, through it’s extensive real-time visuals, dual-analog controls, and hours of recorded voice. MGS2, in turn, would define the Playstation 2 by including first-person view to expand the scope of the detail of the new generation, and even making use of the Dual Shock 2’s pressure sensitive buttons. So it’s kind of like Sony is passing a torch to itself.

More than anything, though, MGS2 is a torch lit by Kojima to pass to us as both a warning and a promise. The digital age we live in now has brought with the the ability to deceive and manipulate people on a massive scale – but it also brought the tools to cut through lies and share our experiences with others, and keep us all connected, sharing the stories of our pasts with one another.

We are who we are because of those who came before us. That’s why it’s called Metal Gear Solid 2: Sons of Liberty. 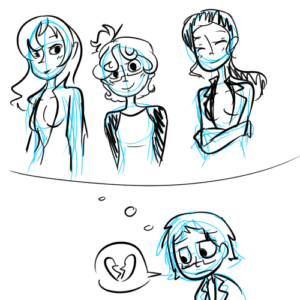